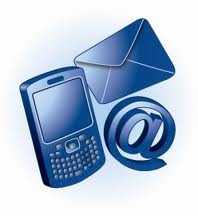 As you may remember, I have a very open adoption with my daughter’s family – minus the visits. Some people get confused when I say that we have an open adoption but do not have face-to-face visits yet. I suppose that if I weren’t so involved in this world now, I, too, would be confused. Before I got pregnant with my daughter, I assumed “open” meant you spend physical time with the family and your child, and “closed” meant that you didn’t. Now, I realize that there are no solid definitions or rules...at least in my case, we are sort of making them as we go.

My daughter’s adoptive parents have an older adoptive child (he is three now), so while they know the ropes a bit more than I do (as far as communication), each situation is different and that does not exclude sibling adoptions. Just because my child and their son’s birthmom have the same adoptive family for their child, that doesn’t mean the relationship is the same. Their son’s birth family is not too involved with him, from what I have been told. It is because of this that A’s mom seems to appreciate our relationship even more and most likely why she always says that A is so lucky to have such a ‘great, loving birthmom.’ (Which, by the way, makes me smile from ear-to-ear when she says it). Not that I want to use someone else’s sad situation to make mine look better, that’s not it at all. My point is simply that each relationship has it’s own dynamic...so while your open adoption may include visits, another person’s may include visits and no personal info (phone numbers or addresses) and anothers may include all of that information and no visits.

In the same light, communication has completely different boundaries in open adoption. Generally, I leave it to her adoptive mom to initiate our conversations, be it by text or by email. There have been a few times where I have requested something out of the ordinary, and I was terrified to ask. I was scared to be rejected, scared that I would come on too strong and not only would she say no, but she would back off in future contact. Each time I have taken the plunge, though, she has never had a problem with it. In fact, when I asked if it would be okay to make a phone call to A on her first birthday, her mom responded by saying it was absolutely fine, and asked if I would rather Skype with them instead. Hmm, let me think about it....YES!! I was over the moon (and still remember every minute of that 50 minute call, believe it or not)! I expected to have a quick video chat for maybe 10 or 15 minutes, but it lasted nearly an hour. It was amazing. I don’t mean to get off track, though. These thoughts are all swirling around my head today because I sent an email to her mom last night because it was really bugging me that I didn’t know what her first word was. I knew she was talking, but was never told what her first word was. Curiosity got the best of me, and I emailed her. I am awaiting a response...I hope she doesn’t mind sharing. While it would have been nice if she had volunteered the information, I know her well enough to be fairly certain that now that I have prompted it, she will let me know.

This got me to thinking: birthmoms, do you usually leave the ‘first contact’ up to the adoptive parents? Or do you initiate the conversation just as much as they do, or more? I remember my adoption counselor stressing that I had to write back when they wrote to me, or they would stop writing to me. I always write back, if not the same day, within a couple of days. So why do I feel  intrusive if I send the first email? 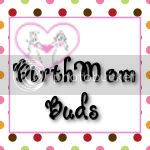