Do you have a Birthmom Blog?

Do you have a blog where you write about being a birthmother or adoption? If so, we'd like to add it to our blog roll so leave us a comment with the URL for your blog so we can add it!

I ran across a positive open adoption story in USA Today.

Check it out here.
Posted by BirthMom Buds at 1:18 PM No comments:

Labels: In the News, Open Adopiton

I finally have this year's slideshow up and running for all to view!

Quote: A Part of You

"A part of you has grown in me, together forever we shall be, never apart maybe in distance but not in heart."
~ Unknown
Posted by BirthMom Buds at 2:16 PM No comments:

Recently I was interviewed by an Associated Press reporter from New York for an article about Birthmother’s Day. Apparently she had been given my name and contact information from several others in the adoption community as a good resource for her article.

The article “hit news stands” about two weeks ago and it’s in a lot of different newspapers and publications all over the United States including some big ones like The LA Times, The Boston Globe, and The Atlanta Journal Constitution.

One funny thing – they misspelled Lani’s  last name. They spelled it Dowling when it’s actually Downing.

The journey of "coming out" as a birthmother is a painful one, she said, but the Internet has done wonders to ease the way for both adoptees and bbirthmothers looking to access documents or just meet others for support.

Nicole "Coley" Strickland of Boiling Springs, S.C., found fellow birthmother Lani Dowling in Atlanta, Ga., that way after blindly searching for support soon after giving birth to a boy in 2001 and placing him with a couple she met at the restaurant where she was a waitress. Two years later, Strickland and Dowling founded Birthmombuds.com, which has 900 registered users around the country.

The two send out care packages to new birthmothers, pair up buddies living close to each other and host regular chats for birthmoms online. They also coordinate Birth Mother's Day events every year.

While details for this year's events are still firming up, gatherings are planned in New York City, Los Angeles, Seattle, Nashville and areas of Oregon, North Carolina, New Hampshire and Ohio, among other states.

For birthmoms who don't live near one of the gatherings or don't feel comfortable in a group setting, Strickland, 32, suggests they make Mother's Day a little easier by writing something about _ or for _ their relinquished children, lighting a candle, planting a tree or donating a book to a library in their honor.

"It really does give us a time to bond with other birthmoms," said Strickland, who has regular visits with her now 7-year-old as part of an open adoption. "We feel a lot of the same things at the same time. We need to be there for each other."

You can read the full article here.

Posted by BirthMom Buds at 6:37 PM No comments:

Labels: Announcements, In the News 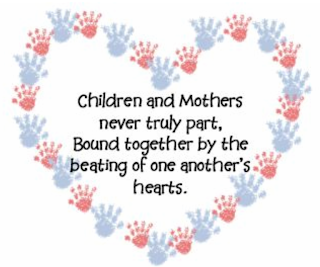 I know that Mother's Day weekend is a very emotional time for many of us. I encourage you to do something special for yourself this weekend - make a nice meal, see a movie with friends, etc. If you choose to acknowledge Birthmother's Day, I hope you have a good one! Most importantly, we're wishing all of you a peaceful Mother's Day weekend!

Posted by BirthMom Buds at 3:10 PM No comments:

Once again, we had a wonderful Birthmother's Day celebration in Charlotte, NC. It's nice to see everyone again, meet new people, and just be in a room full of other birthmothers who totally understand.

Our theme this year was The Road Less Traveled. Each table had a box filled with flowers. The boxes were painted to look like roads and sticking out of each box was a street sign. The "streets" were Adoption Avenue, Triad Trail, Birthmom Blvd., and Reunion Way. The boxes were sitting on top of a road map and had two decorated candles sitting on top of it. There was a little suitcase sitting at each place setting. 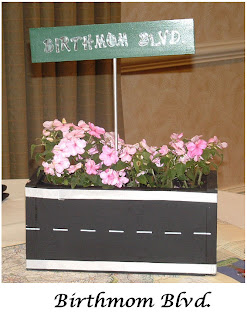 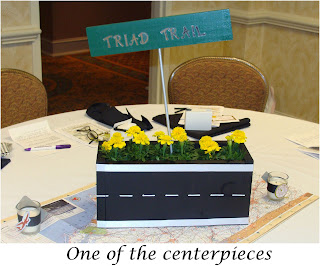 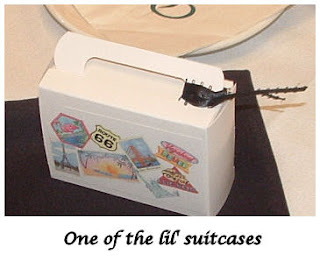 We started the morning off with welcomes and introductions. Then we played a neat game called speed friendship that I learned from another blogger. We moved onto our breakout sessions in which the ladies could learn about challenges that come up in every day conversation as a birthmother which was led by Lani, moving forward in life and making creative collages as visual way to help you move forward which was led by Leah and her Mom Evelyn, and adoption scrapbooking which was led by me. We also had a craft – we made jumbo clothespins which can stand up and hold a photo. Totally fun and neat to see how each person’s turned out differently.

After that it was lunch time and time for the balloon release which launches us into the program type portion of the day. We had two speakers this year. One speaker was a 15 year old who is an adoptee. His name was Justin and hearing him speak and talk about what a great life he had was touching and personally validating to me in many different ways. I think each of the ladies got something from it as well. 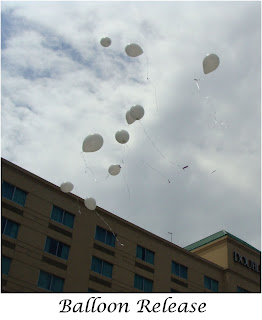 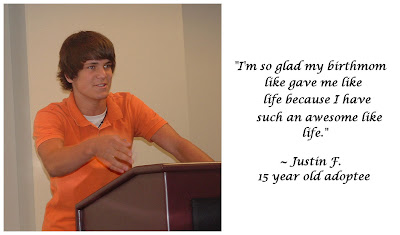 Our second speaker was an adoptive Mom of two named Tory. She really captured me with the way she began telling her story. She started it off with “Once Upon a Time…” and described a married couple who desperately wanted to be parents but couldn’t have children of their own. Her love for her children's birthmoms was touching and something that I think all of us needed to hear. 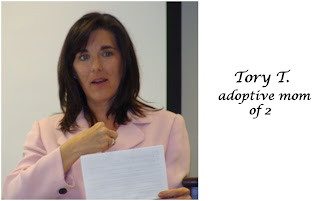 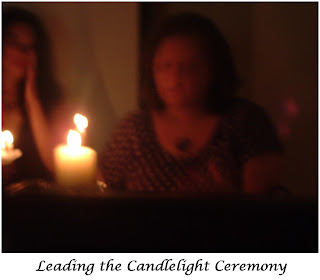 Our day was filled with door prizes, learning, sharing, fellowship, laughter, a few tears here and there, but mainly it was just about being in a room full of other women who totally get it. It’s hard to actually put all of the feelings into words but once again, it was a successful celebration of our children. 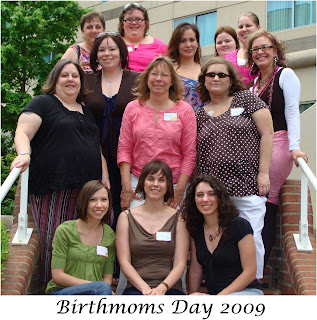 For those who were from out of town or those who just wanted to hang out more, we did dinner and dancing Saturday night. We went to this really fun 80’s club. We ended our weekend with Sunday brunch at the hotel for the out of town guests.

Special thanks to Melanie Mosberg, who was once again an awesome event coordinator! And of course, thanks to all of our sponsors (who are listed at the bottom of the blog) and to all the people who helped in any way - big or small!
Posted by BirthMom Buds at 10:16 AM 4 comments:

Need to get in touch with someone from BirthMom Buds??

Posted by BirthMom Buds at 11:56 PM No comments:

Welcome to our Blog!

Welcome! BirthMom Buds now has a blog!! Since blogs are so popular nowadays we thought we'd start one too. This will be an easy way to share information with you and keep you updated on everything that is going on.
But this is your blog too! So we'd like to feature your stories, poems, thoughts, etc. If you're interested in sharing your story or have an idea for a post leave us a comment or email us at birthmombuds(at)gmail(dot)com.
Also, if you have a personal blog and write about adoption and being a birthmom occasionally, let us know so we can add you to the blog roll.

Posted by BirthMom Buds at 5:07 AM No comments: