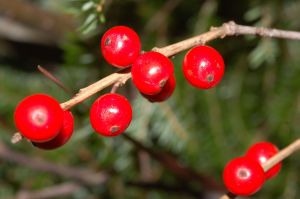 I actually got the inspiration to write this post from another post written by another blogger here. I was reading about how a lot of you birthmoms out there have had the opportunity to be updated on the child's progress and to receive pictures of the child.  I was amazed at how open a lot of the adoptions are.

Mine unfortunately was a closed adoption and there was no updates, pictures, or anything.  I tried but was told it wasn't allowed.  I had to accept it and try to go on.  From the day that happened to me, I prayed  and prayed for the opportunity to be able to see my birth son from an infant to adulthood.  I had that opportunity present itself to me, actually by surprise, and it was too late to back out.  My birth son and his girlfriend brought our grand daughter to our house for a visit and she handed me a large photo album.  My heart dropped and I felt as if I couldn't breath.  I had to open the book as they (birth son and his girlfriend) were both watching me.  So I tried to stay calm and not show any emotion, but I think they read what was going on in my head.  I slowly opened the book and it was like someone had knocked the wind out of me. The very first page was the infant photo of him.  It felt like I was starring at the same picture forever, then I realized they were watching me so I turned the page.  First him in the high chair celebrating his first Easter, outside riding on a sled with his adoptive dad, and many more.

I was not expecting the emotional side effects of that one.  I truly wanted a picture of him every year of his life.  When I finally had that in my hands, WOW, it blew me away.  I guess sometimes you should be careful what you wish for.  I didn't sleep all that night or the next night and it really bothered me.  It just made me feel how much I missed and how much they (his adoptive parents) gained from this.  It hurt so bad.  I know they say all things happen for a reason, but I am still trying to find the positive in this.

I listed this under bittersweet because that was how it was for me.  I felt really blessed to see those photos but on the other hand it hurt me so bad to see them.  So I guess for anyone out there thinking about the same thing, just prepare yourself for what you are doing.  What I thought was something great turned into a emotional ride in my head.  It was like they took him all over again, almost as if it just happened.  Now that some time has passed since I saw them, I wish I could see them again.  I would still love to have a copy of each one of those.  See how confusing this can be, part of me still wants those pictures even knowing what it would do to me.

I am completely confident that if I was to ask my birth son for copies he would give them to me.  I really do want to ask this but something tells me to let it go.

What do you think, would you just let it go or would you ask?