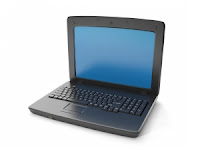 So this week I was stalking my birthdaughter's fb page (don't worry... we're friends and I'm allowed!)  and a familiar face with an unfamiliar name popped up. It was a picture of Katie and her family, and the caption said, "I just love my kids and grandson." Huh?

It took me a few minutes to figure out who else was claiming to be my birthdaughter's mom. Sure enough, it was her mom, the woman who has every right to claim her.

What was weird about the whole thing was her name. I met her several years ago, but the name on the screen didn't match. Apparently she's gotten married and started using a longer version of her name. It just hit me as strange.

Stranger still is our relationship - or lack thereof - over the years. When Katie and I met for the first time, we picked a neutral location and each brought a support person. I took my husband and new baby, she brought her mom.

Our weekend together was delightful. Her mom seemed to include me right away. I felt like I belonged with them even though they were both strangers to me. We laughed at the same things and understood why we were laughing.

My family and I visited Katie's hometown not long after that. That too was a fun visit where her mom seemed unruffled by the fact that we were there.

But that was it. Since that time I have not gotten a letter, an email, or a smoke signal from her. My letters go unanswered. My calls go un-returned. It has been sad to me. I was hoping she didn't not see me as a threat, but I think it's way more complicated than that.

Anyway, back to the present. Another story from the social networking files. I'm not always sure technology is good. What part does technology play in your situation?