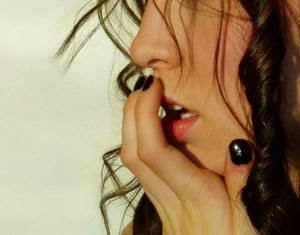 For my first official post, I wanted to tell you about something that happened a few months ago that I had worried about happening and perhaps some of you worry about it too.  My son and his adoptive parents live about twenty minutes away from me.  As such, there was the potential to run into each other accidentally, but this had only happened once at the local farmer’s market.  The encounter was slightly awkward, but we parted ways after about thirty minutes and I was able to go home and recover the rest of the weekend.

In October, I was invited to come to an open mic poetry reading at a bar and restaurant in the downtown area.  I had a new poem that I had written and I thought, what was the worst that could happen?  Well, one should never ask that question.  I was standing outside the restaurant when my son’s adoptive father and mother waved at me from inside the restaurant.  My son, J, was also with them.  I went in thinking, “It could just be a fluke.  They could just be here for a nice dinner.”  Yeah.  Right.

“Are you here for the poetry reading tonight?” were the first words out of my son's father's mouth after greeting me.  As it turned out, HE is the leader of the open mic poetry reading group.  J actually walked me up the steps to sign up for a place in the poetry reading that night.  Coming back down, he met one of my friends and it was the first time any of my friends had met my son.  It was an interesting night to say the least.  He stayed for a few poems, but then was taken home by his mother after a few poets read their work.  After all it was past 8 pm and he was only a couple months past three years old.  Sitting still for poetry is not a skill three-year-olds are known for.  He gave me a hug and a kiss for the first time when he left.  I and my friends stayed much later and I got a chance to talk to his father about several things about their life with my son and some details about their side of the adoption process that I’ll post about at a later date.  The last thing that he said to me was that he hoped I kept coming to the readings and bringing more of my work.  I went home that night a bit shaken and it took me a few days to get over that.  I just wasn’t emotionally prepared to see them.

When I spoke to my parents about it that weekend, their reactions were positive.  But my father could still see that I was cautious.  Later that week, I found a hand written letter from him in the mail.  Let me just emphasize how important that is: the man is a computer programmer.  He is by no means afraid of an email.  He’s on Facebook and Twitter.  He’s about the most technologically adept 60 year old I know.  But he had decided to send me a hand written letter.  I knew that whatever he needed to say it was important.

His first words were that we never had to discuss this again, but he had something he wanted to say to me and make sure that I heard him.  He suggested that I keep going to the poetry readings.  His reasoning was that over time I would get to know J’s parents better and by proxy J better.  Eventually it would be easier for me to see them and it wouldn’t be as much of a shock to the system.  The words that made me cry were when he said, “I say this knowing that I could not do this myself.  But in this, I believe you are stronger than I am.”  I was bawling in my car for about ten minutes after reading that.  But after some calmer thought and a few more tears, I realized that he was right.

My father and I have never discussed the letter.  But he does know that I have been going to the poetry readings once a month ever since.   I have, over time, learned more about my son’s parents and their lives.  Sometimes it’s actually easier than sending an email about a visit.  Sometimes I just talk to his father at the monthly readings and then send an email a day later so everyone is on the same page about everything.  J has turned up a couple more times and I have handled it better than the first time.  Next month he will be turning four years old.  Sometimes I just think time moves too fast.

Have any of you happened to run into your child and their parents unexpectedly?  Or have you ever feared it happening?  If you have, I understand.  And if you ever do, I can report that it is survivable.  It was difficult.  But I was lucky that night in that I had a couple of friends with me who were more than happy to hold me together.

I hope all of you are having a wonderful day and I will see you all again next week!

Photo Credit
Posted by Unknown at 12:01 AM