I have to tell you something... 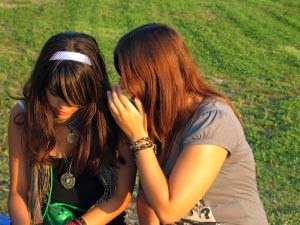 “When you have a child, you’ll understand.”

That phrase spoken to me un-knowingly by a friend propelled me very quickly into a conversation I've now been having for nearly the past four years with a variety of people.

“Actually, Naomi, I do have a child.  He was placed for adoption.”

Let me just emphasize, until that moment, Naomi had no idea about my son or the whole adoption experience I had been through.  She really said that phrase because she was speaking about the choices she has to make as a single mother.  And, I agree, they are hard choices.  I had to make a very hard choice too.

When I placed my child for adoption, I had moved away from the town I had lived in for the past nine years and back home with my parents.  Their friends also knew me and were greatly supportive and also provided something of a boost for me when I and my parents were at odds.  But for the most part, I kept this to myself.  A very small population of my friends knew when it was all going on.  For a very long time, I kept it that way.

But at some point, things happen.  You get a sudden phone call, you hear a baby crying in the hallway, you just have a moment where you see a happy family together and…

My first supervisor I had after all was said and done, found out after finding me crying in a small store room, whispering on the phone with my 2nd best ex, who is also the biological father of my child.  He was not going to be able to come to my parents’ place for the Christmas visit.  It was more or less his family holding him back and I got very upset.  At that point I had to tell her because she was concerned.  After telling her, I started keeping a picture of him on my desk that she adored.  Slowly the others in the office learned of it.  All were calm and supportive.  So for now, it was a few friends, family, and work.

After moving out of my parents’ place and closer to work, I tried to settle down in the new city that I had picked, or that really had picked me.  I started knitting with a woman at a local coffee shop.  I had just seen my son a few days prior and had pictures with me.  When I told her about my son, she then turned and told me about her son that she had placed for adoption several years ago.  Suddenly I had another birthmother I could turn to for support.  And not only that, she was in town!  Until then, the other birthmothers I knew were scattered across the state.

Over the last year, I have finally started getting out into the city and finding friends to spend my time with.  And again I found myself having the conversation all over again.  It’s kind of like a never-ending conversation.  Sometimes it comes up when talking about trying to find someone to have a relationship with.  Sometimes it’s when talking about having kids and taking care of kids.  Sometimes it’s just because I’ve got something planned with my son and his parents and they ask, “What are you up to that weekend?”


I’ve been extremely lucky in that my friends that I have told have been calm and supportive and very gentle with their questions and always with permissions to tell them to shut up and go away.  I’ve only faced an opposing view a couple of times and at those times there were others nearby who were unequivocally in agreement with me.  What has been your experience when talking to others and sharing your story with those you know and those you meet along the way?

Labels: Coping with being a Birthmom, Elsa's Story, Life after Placement