Ignorance....It's What Makes the World Turn 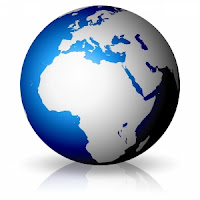 This past week has been difficult to be a part of social networking because it seems that everywhere I turn there is someone with an ignorant thought coming out of their mouth. Through a birthmom support group that I am a part of it was brought to several of our attention that there is this group on Facebook that is called "I love to make fun of Teen Mom". Their goal in life is to make fun of the lives of others, and their defense to this is "well they put it all over television, so it's their own fault". Which, I somewhat agree with, when it comes to the part that MTV is no longer about education, but more about the drama of these girls' lives. It just isn't the same as it was when it started, but no show that documents people's lives stays as an education piece, it is always turned into promotion, and what will profit the network.

On this "fan page" there was a comment made that birth mom's "GAVE UP" their children. And that if we were to make "changes" in our everyday lives then we could have raised our children. (I will address this later on in my post). As well as that "when we choose to have sex, we run the risk of getting pregnant then as women we should PARENT our children". There are several statements made on that page that just really got to me. Other birthmothers tried to educate them and they just weren't having it. That's where it becomes ignorance - if you just don't know the language and need to learn it, that's one thing but if you refuse to listen , then it becomes ignorance.

So, to all those that think that we as birth moms GAVE UP I have a little bit of insight for you. I never GAVE UP Easy. I PLACED him and made a CHOICE for him. I MADE A LIFE for Easy that I could not give him myself. The only GIVING I did, was GIVE HIM the most amazing parents in the world, that I know can give him everything that I know in my heart I couldn't due to my other two small children. I placed my child with people that couldn't have children. So, this addresses the point that "we as women know the risks of having sex and getting pregnant", what about those women and men who can't have children due to infertility? They don't get to understand those risks or they do understand those risks and there is nothing they can do about it.

But reading these comments made by people on this site just makes me sick to my stomach. I'm tired of hearing the words "you GAVE UP your child for adoption". It is like hearing nails on a chalk board. And also hearing, from even people that I know in my family, that "you just could have made some changes, do this or do that".

There were NO changes that I could make to my already stretched lifestyle. I already had two small children, I just started going back to school, my now husband and I just got our relationship back on track, and we just moved in to a two bedroom apartment. What were we supposed to do, just make room in our already financially unstable, emotionally stretched, and unstable support system as a family life? There were so many things I know that I look back on and think to myself "well IF only I could have done this or this", but even when I think about that it comes to my realization that even with those changes, or those if's and buts wouldn't have even made a dent in my life to where I could have taken care of him AND my two other children and given all three of them the life they deserved.

Here is my key saying that I remind myself when I come across people like I did on this fan page: They will NEVER get it, unless they are IN IT. Which rings so true, because the stupidity and ignorance of people these days on what adoption is like and what it's meaning truly is gets overshadowed. Adoption is about LOVE, the most pure, and blessed love that there is. A birthmom is a woman that is SELFLESS in her choice to GIVE her child the best life possible, to be able to hand over her child to two people to take care of for the rest of it's life. We never GAVE UP. We were never SELFISH in our decision.

Please understand that you are amazing, beautiful, and SELFLESS. Birthmothers are selfless and the world turns on ignorance. I'm sorry that this was filled with big RANT written all over it but I just had to get my feelings out there.

How do you deal when someone says the words "gave up"?

Posted by asappingfield at 1:53 PM

Labels: Adoption in the Media, Alicia's Story, Dealing with Others