We have decided to start accepting guest bloggers (if you are interested, please email us!) and I'm so pleased to introduce our first guest blogger, Katelyn. She blogs at her blog titled, My Angels from God. Katelyn is going to share some of the fears she felt and experienced as a birthmother dealing with a pregnancy years after  placement.
*************
To start off I thought I should introduce myself.  I'm Katelynn and I'm a birth  mother to a beautiful Angel named Ally. She is 4 1/2 (born in May of 2007). 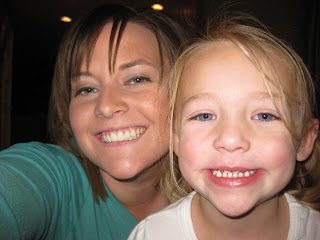 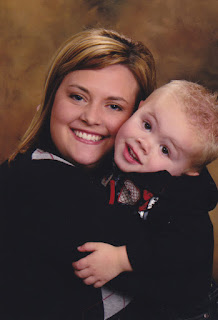 I am also the biological mother to Jaxson.  He is 7 months old. 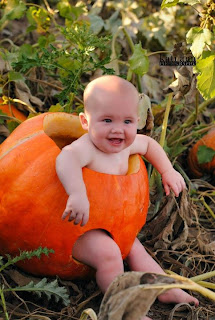 I have an open adoption with Ally.  I see her a few times a year and her mother sends me emails when she has time (she's a mother of 5 so when she has time is wonderful).  I have a semi-closed adoption with Cayden's birth mother.  I update a blog for her when she likes me to.  Cayden will be able to meet her in person when he's old enough to understand the past.  I became Cayden's Mommy just after his second birthday.  He is my husbands biological son.

There is a certain list of fears that comes along with placing.  For me the biggest fear was that I would never have another daughter.  However there were many other fears.

A fear that I never thought about until I was living it, was the fear that I wouldn't be able to have more children.  I was told the chances of me ever carrying another pregnancy full term was slim to none.  I was heart broken, devastated, and all at the same time angry.  After 2 miscarriages I was able to carry past 15 weeks and was told my pregnancy was healthy.  I had come full circle with motherhood.  But there were still many emotions that I wasn't prepared for.  I was completely and utterly terrified to tell my family I was pregnant.  It made NO sense at the time.  I was married, we had been trying to get pregnant, everything was right.  Why was I so scared?  I thought about it for a long long time until I realized that the last time I had told my family I was pregnant was  horrible.  There is a look that a mother gives their child when she is disappointed... that look breaks hearts.  That look was what I was so entirely scared of.  But after I told them and they became so excited I realized that nothing was going to be like my last full term pregnancy.

My pregnancy was by far not easy.  I lost a total of 42 pounds being pregnant.  Needless to say I was sick ALL the time.  But that wasn't the worst part.  I lived many of the fears on my "list of fears"  but my biggest fear was the hardest for me to deal with (at least for now).  I was pregnant with a boy and asked "why" so many times.  Why did I have to live through all of my post placement fears.  There had to be a reason.  I'm still unsure of the reason to tell you the truth.  When we found out our baby would be a boy I cried for a good 2 weeks.  I was told many times that I should just be grateful I was pregnant.  I was told that crying because it was a boy would make my child feel unloved.  No one was there to tell me that all my crying was normal.  It was ok.  It was HEALTHY!  Throughout the pregnancy I had a hard time connecting with the baby.   I had a hard time realizing he was "mine".  I distanced myself from the baby and in fact until I was nearly 6 months pregnant NEVER called myself the baby's "mommy".  I was so worried about connecting with the baby because of how I had distanced myself from Ally. 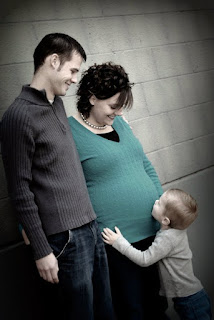 I tried to "prepare" my self for this delivery.  There would be so many things similar to Ally's delivery that I knew I had some gearing up to do.  However I went into early labor in January and was completely and utterly unprepared for the onslaught of emotions that hit me in the delivery room.  I also wasn't prepared for the multiple trips to Labor and Delivery.  I was put on bed rest and made 4 trips to the hospital to stop my labor.  When Ally was born she was sick and I was terrified that if I had my baby boy was born early that he'd be sick and then I'd have to deal with all those emotions all over again.  I knew that I needed to make a "hospital plan" and I knew there would be some people that didn't like it.  I had decided that I didn't want anyone to come to the hospital, including family members, and was told by one of those family members "you do realize you're actually taking this baby home with you."  Honestly that was the last thing I needed to hear.  I was angry and hurt.  No one understood the feelings I was dealing with.  They didn't understand that for the rest of Ally's life she isn't mine.  They didn't understand for the rest of Cayden's life his first 2 years will never be mine.

During my pregnancy with Jaxson I felt crazy.  I would freak out at the smallest things people would do.  When Daniel would ask me how I was doing it was hard to answer him because I didn't know how I was doing.  I was an emotional basket case.  Feelings that I hadn't dealt with in years were coming back and I didn't understand why.  Being pregnant there are emotions that everyone deals with but being pregnant after placing those emotions become so complex and strange.  So if you feel like you're abnormal because you have crazy moments where your emotions are out of control and you don't understand it... you are normal... it is real... and believe me... it works out in the end! 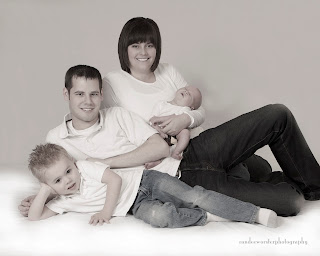