Charlie will celebrate his eighth birthday on Sunday. It sounds so cliché but it’s hard to believe he is going to be eight! It seems like only yesterday I was holding a tiny baby in a hospital bed preparing to do the hardest thing I’ve ever had to do in my life while at other times it seems like a lifetime ago.

Most birthmothers will agree that their child’s birthday is a hard day for them. Personally speaking, in the days leading up to Charlie’s birthday are very emotional. I find myself reliving all those last little moments Charlie and I had together. I relive the excitement of meeting my son for the first time and spending time with him. I relive the kind thoughts, cards, and gifts from friends, family members, and other visitors. I relive preparing to say goodbye and sign the relinquishment papers just a few days after his birth.

A question I get asked many times by new birthmothers is if the birthdays get easier as the years pass. I have to honestly say no, they haven’t for me.

I expected Charlie’s first birthday to be hard and emotional. As I was able to spend time with him both on his actual birthday and at his birthday party a few days later, it was also very bittersweet. I was glad to be celebrating with him but sad at the same time since I wasn’t the one throwing the celebration.

I thought his second birthday would be easier. But it wasn’t. Third birthday, I thought the same thing. When his fourth birthday rolled around, I was prepared. I’ve learned that none of Charlie’s birthdays will probably ever be easy for me. They will probably always be emotional and bittersweet.

But now, I do have feel like I have the upper hand in some regards because I know to expect they are going to be hard and I know to be prepared for that. (If one can ever really prepare for emotional situations, but I at least attempt it. 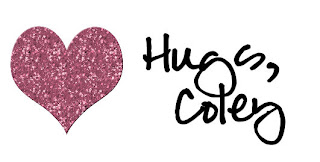 Photo Credit
Posted by BirthMom Buds at 6:11 AM