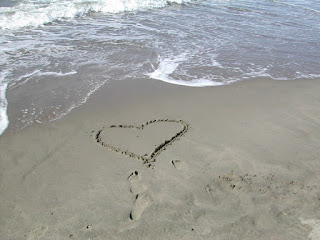 Hi! My name is Amber, and I am so excited to be a new blogger for the BirthMom Buds Blog! I am a stay at home mom, an awesome wife, a mediocre cook, and an enthusiastic student! My husband and I are living the American Dream in the suburbs with our two kids and our favorite senior citizen, our dog Sadie. I feel passionately about adoption, and am ready to bring you some awesome reading material.  But first, let's start with my adoption story!

In 2010, I was 20 and pregnant with my second child. I had recently ended a relationship with my kids’ Dad, which had been plagued by abuse. While trying to heal from that, I was working part time in a restaurant, going to college, and battling to not only pay my bills, but also raise my two year old with no help from her father. I first visited an adoption agency when I was 14 weeks into my pregnancy.

In December of 2010, I began looking at profiles of couples waiting to adopt. In total, I believe I may have saw nine of them. From there, I was able to narrow my daughter’s parents down to two couples. I brought these books home and examined every inch of their profiles. Choosing someone that you trust enough to raise your child, based on photo’s in a book is NOT an easy task! Finally though, I did it. We met in January of 2011 and I hit it off with my daughters family immediately. I felt like I had known them for years even though it has only been minutes.

On March 23rd, I had my beautiful daughter. Her adoptive Mom was in the delivery room, cut the umbilical cord, and was a great support. I left the hospital 24 hours after giving birth which was, without a doubt, the hardest thing I have ever done. I remember getting home from the hospital and feeling like the biggest failure. I felt like I had abandoned my daughter, and all I could picture was my infant laying in the nursery crying, with no one to take care of her (even though I knew that wasn’t the case). Needless to say, I didn’t sleep that first night. Or the second night.

As the nights passed though, things got easier. I continued my counseling, and I focused on being the best Mom I could be for my daughter. I saw my birth daughter once a week for a while, then once every two weeks, and now we get together as much as possible My birth daughter is growing up in a wonderful home, with wonderful people, and a wonderful extended family…and I am at peace with that.