Finding out you're pregnant is the scariest thing in the entire world, even if it is a planned pregnancy.  When I found out I was pregnant I was devastated but the hardest part for me was telling everyone.

I was the first in my family to go to school, and my second quarter in I found out I was pregnant by a guy I barely knew.  I almost immediately knew I wanted to do adoption.   I considered terminating for quite a while, but by the time I was 8 weeks along I knew I wanted to do adoption.  Parenting was never an option for me.  I didn't want to continue the cycle of unplanned pregnancy and struggling to make ends meet, my daughter deserved so much better than that.

My mother found out I was pregnant in an interesting way.  I made an appointment with a doctors back home because my plan was to go back home for the pregnancy and return back to school after placement.  I gave the doctors my moms address and they sent an appointment reminder in the mail.  My mom received it and opened it, saying she thought it was going to be a bill. 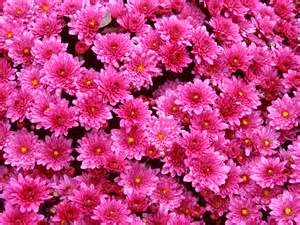 I was kind of relieved that she found out that way, I didn't have to look her in the eyes and tell her I was pregnant, but I still had to tell her about the adoption.  She took it pretty well in the beginning, but later on in the pregnancy she did everything she could to try to get me to parent.

Telling my friends was a really hard thing to do.  I was friends with all of the "crazy" kids back home.  We partied, drank and smoke anytime we could.  I was scared that I was going to be left behind in a sense.  I knew that we were going to lose touch and that they wouldn't necessarily be supportive.  I sat them all down and told them I was pregnant and doing an adoption.  Everyone was in shock, but generally supportive.  I did lose a lot of friends because there were so many things they didn't understand.  Nobody will ever fully understand the life of a birth mom unless they are a birth mom.

Telling the father was also extremely difficult.  I called him and told him over a six minute long phone call.  He told me that he was scared and he didn't want to be a father.  I told him that I was planning on terminating and he made me promise that I wasn't going to keep the baby.  I was 18 and he was 19, we were too young and too dumb to try and make it work.  When I told him a few weeks later I wanted to do an adoption, he was extremely upset.  He didn't like the thought of a child out there with his DNA.  He was scared that I would change my mind and then he would be stuck raising a baby with me.  There are so many fears in the beginning and now two years after finding out I was pregnant, it's crazy to think about how uncertain everything was.  I wish there was a way I could tell my younger self that everything was going to be okay and that E was going to have the best life I could ever imagine for her.

If you are in the beginning of your journey, just know that it gets better.  And whatever the decision you make for you and your child will be the right one for you.

How did you tell everyone you were pregnant or that you were considering adoption?  Were they supportive of the pregnancy and your decision?

Photo Credit
Posted by Unknown at 10:46 AM

Labels: Bittersweet, Chelcie's story, Dealing with Others, telling everyone