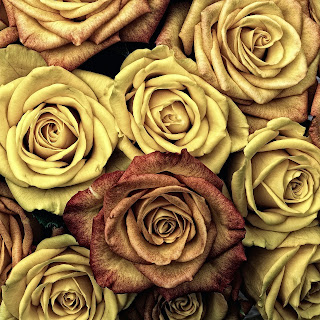 I don't like it because of the constant advertisements that are all over the internet, the radio, and the newspapers.  We're really lucky I don't have cable right now because I might have broken my own TV by now.  I know it's got to be all over the place right now.  I don't really like it because I don't want to be reminded that it's coming soon.  I know that it is.  And I will deal with it in my own way when it gets here.  But I don't need nor want to be reminded of it constantly in the days leading up to it.  All it really reminds me of is that my son is not going to be with me on Mother's Day.  I won't get a card from him.  I won't get flowers from him.  He's going to be spending the day with his mom.  And that's something I'm not a part of.  Of all the holidays of the year, Mother's Day, for me, is the worst.  I've tried to treat it like just another day, but that's not really possible in my case.

I get texts from my ex and his mother on Mother's Day.  They don't mean any malice in this.  I know. they do it because they still love me.  And I guess you could say I get my revenge because I tell my ex Happy Father's Day when that day rolls around.  Either I call my mom or she calls me so we can say it to each other.  I do like telling my mother Happy Mother's Day.  The first time she told me Happy Mother's Day, I was still big and pregnant.  My parents gave me a Mother's Day card in which they wrote, "Whatever you decide, we will always love you."  I knew they meant well.  And at the time I received it well.  But at the time I was still trying to decide what to do.  So it was difficult.

Sunday I will be going to church.  I'm going to church because the church I attend on occasion has a very low-key way of handling Mother's Day.  There is a blessing over every woman and girl in the church.  Then every woman and girl gets a carnation and the chance to go to the fellowship hall and have cake.  This will be the third time I've done so.  I like it this way.  No judgements about who I am or what I did, just that I am a mother as is every other woman.  I get a flower.  I get cake.  There are several people in the congregation who know about my son.  Even the pastor knows.  I'll show them the most recent pictures of him and they will wonder at how big he's gotten and how much he looks like me.  They'll be kind and tell me to have another piece of cake.  They know I miss him.  But in their eyes, I'm a mother as well.  And on Mother's Day, that's one thing I need.

I hope you all have a good Mother's Day and that you spend it how it suits you best.  Anyone else have any rituals or special things you do on Mother's Day?  Do let me know!