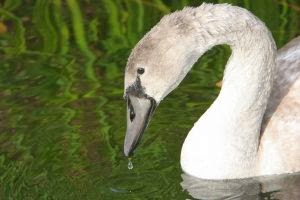 Everyone has some sort of adoption story, even if it's about their old neighbor or cousin or friend.

But not everybody is vocal about their journey. Many of us have kept quiet for various reasons. Regardless of our culture, we still attach a lot of shame to ourselves as birthmoms. We still keep the secret for fear if we are 'found out' people will ridicule us, put us down, or worse.

I have not been one of those people. I have been talking about my experiences very openly and very publicly for the past ten or more years. Has it been uncomfortable? Yep. Have I left a speaking engagement and cried all the way home? You bet. But have I stopped? No way. Why, you ask? Because no one else was out there telling their story, telling their side of it. I still know now, 28 years later, that that decision I made was right for my daughter and right for me. I've never wavered in that. I grieved it and let it go. I know I'm in the minority. But that's the truth.

So knowing all of that, imagine my surprise when I sat down to lunch with two people from my church last week. I didn't know either of them well and they would have said the same about me. But almost immediately, the young man called Dean tells me he's adopted, recently united with his birthmom but is now in a broken relationship with her. He answers my candid questions truthfully and within just a few minutes I am pulled into his story.

After a few more minutes I say, "Well, you know I'm a birthmom, right?" I mean, I kind of figured that's why he was telling me his story. We go to church together and even though we didn't know each other, I've spoken from the pulpit as part of my pastor's message.

He couldn't have been more surprised and immediately started asking me questions.

It wasn't until later that I realized what happened there. I'm about the same age as his birthmom and he must have identified with me to a point that he wanted me to know about and care about his story. Which I do.