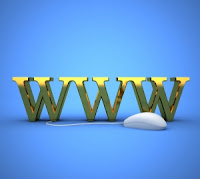 In my post a couple of weeks ago titled Where are the Others?, I made the observation that while some of us are known to each other as fellow birthmoms, there are still many women in the general population who are not known. For the couple of weeks since then, we have been spitballing ideas about where those women are. Today's installment is intended to be the last unless you have other ideas we can talk about.

The last couple of posts have highlighted both our churches and our communities as sources for where 'they' are. While some of us have managed to connect online, I dare say there are many others who are lurking, looking about for what groups are legit and who is not. Many of those women have been burned by a group or two or a connection or two before and are reticent to put themselves out there again.

However I do believe there exist online groups that are well-run, well-led and seek to truly help women heal. Take this one, Birthmom Buds. What a great organization run by women with true hearts and no desire to lift themselves above anyone else. I do believe there are other groups out there run by some very motivated women. I belong to several of them and appreciate the words of encouragement the women share with one another.

So to sum it all up, we're out there on our own journey. I once read a quote that said, Be nice to everybody for you have no idea what battles they are fighting. That applies to us as well. We should be sensitive to other women out there who are hurting privately without the support of others, like we have.

Photo credit
Posted by Terri Gake at 12:00 AM

Labels: Closed Adoption, Coping with being a Birthmom, Terri's Story