Diving Back Into Therapy 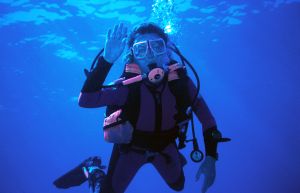 A few weeks ago, I woke up one morning and realized that I needed to go back to therapy. I know revelations such as those rarely come "overnight," but for me, this one did. You see, I was not provided with any therapy prior to placing my daughter (which I now realize is a big no-no, but at the time, I was so overcome with emotions that it never crossed my mind that I should be alarmed by the fact that my adoption counselor never suggested pre-placement therapy), and while I did give it a try after placement, it was short lived. I essentially went for two reasons: (1) the agency I went through would pay for 6 months of therapy and (2) my mother essentially forced it on me. If I've learned anything, it's that forcing something on someone will generally render the results opposite to those that the person is looking for. Especially when it comes to adoption and anything relating to adoption. So, I went, but it was against my will, and therefore did no good whatsoever. I also only went for one month before I had to have my gallbladder removed with little notice. After I recovered from my surgery, I went back to work and tried to convince myself that I was strong enough, on my own, to deal with my emotions. I was too proud to want any help, and I felt that they would just end up drugging me, and I wanted to feel the pain. I knew that those few months after placement were the crucial months, and I wanted to work through my emotions on my own and allow myself to feel them. I didn't want to numb the pain, only to be smacked in the face with it a year, two years, or three years down the line.

Well, I wound up doing the opposite. I attempted therapy again around this time last year (so one year after my first attempt), again, at my mother's will. She noticed that I was basically going to work, coming home, and retreating to my room as soon as possible, and only coming out to shower. She made me feel as if I had to go, and I'm a stubborn person. I went, but I didn't let it do me any good. I listened, and I talked to my therapist, but I felt like we weren't a good match. Looking back, I wonder if we really weren't a good match, or if it was just me subconsciously making us a match.

So, fast forward to this past September. I woke up one morning and realized that I didn't want to feel the way I had been feeling. This came after another important realization: I wasn't happy. I was able to fake it pretty well (around everyone, with the exception of my daughter's birth father. He can see right through me, still.), and I had done such a good job of "faking" it, that I had started to believe it myself. I believed I was happy. I missed my daughter, and I got sad when I thought of how much she's changed and grown, and I got upset and frustrated when updates didn't come on time, but for the most part, I was "happy." But I was just going through the motions. Being able to get up in the morning doesn't mean you're happy. Being able to go out and laugh with friends doesn't mean you are happy. That's all I was doing. Work, home, shower, dinner, bed. Next morning: repeat. And I was struggling to get out of bed when I wasn't even tired. So, I took the first step (always the hardest) and set up an appointment.

I've only had three appointments so far, but they have been good. I feel like this therapist and I "clicked" very well from the beginning. She asked me if I thought I was depressed, and I said no. I told her I'm not sad, but I'm not happy...I'm just existing. She replied by telling me that she thinks that I have been depressed for so long that it's become normal for me...to the point where I don't think anything is wrong. I suppose she's right.
This time around, it has already been a much more positive experience for me, because I made the decision to do it. I knew that in order for it to work for me, I had to want it for myself. I couldn't go because I thought it was expected of me, I couldn't go because someone else thought that I should....I had to realize, within myself, that I needed it.

What has your experience with therapy been like? Have you coped on your own without it, has it helped you immensely, or anything in between?

Posted by Elizabeth at 5:17 PM