The Moment I Knew 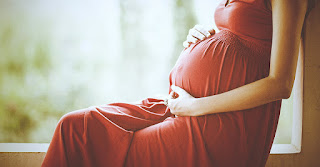 Some of you may have read this title and assumed I would be writing about when I found out I was pregnant, but that involves a not so classy CVS bathroom with my best friend that isn't my favorite thing to share, haha!

When did you know that you had met your son/daughter's future parents? I remember it like it was yesterday.

I had looked through a few books of families and honestly, I had a feeling they were the ones before I even met them.  They were a hopeful couple who had struggled with infertility and wanted a baby to complete their family more than anything.  The woman was a a 7th grade special education teacher who coached middle school basketball and the man was a police sergeant.  They lived in Savannah, Georgia, which was about 4 hours from me.

I remember worrying about how I would greet them, do I hug them? Do I shake their hand? This was so small but it was the first impression and I wanted it to be absolutely perfect.  And it was.  I was told beforehand that the lady from the adoptive agency would be prompting us throughout the meeting to keep it going nicely and allowing us to get to know each other.  I do not remember her saying one word throughout the meeting because with my mom, the future adoptive parents, and myself, she couldn't get a word in!! I had a list of questions I came in with and I remember asking them question after question and they said an honest response every time, not trying to give me the perfect answer.  In my eyes, it was the perfect response every time though!

We had so much in common.

When they left, I remember them giving me their phone numbers, address, and emails.  This is such a rare blessing.  They both gave me long hugs, I think we both knew.  On the way home, I texted them ultrasound pictures of Noah.

I couldn't wait to see them as a family.