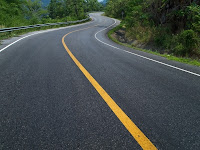 The journey of adoption is filled with so many twists and turns. There are many turns and forks in the road along the way.

One of the most difficult aspects of placement is that things change. The future you plan for your child is not set in stone. The expectations don't necessarily happen. The circumstances that led you to choose placement also, God-willing, change as well.

Almost immediately there were HUGE changes. Within a year of placement, I began my career. I immediately doubled my salary. Within two years, I was getting married. Three years and we purchased a house in a great neighborhood, with great schools. Not only were we able to not struggle financially, but we took vacations and had savings.

On the other side, the AP's adopted another boy within only a few short months of Frogger's placement. I was happy for them. Proud that Frogger would have a brother to grow up with. But, that was not in MY plan. I expected for him to be an only child for at least a year. I expected that he would have a chance to settle in and adjust to his new life before there was another massive change. My feelings were at odds with each other. I was happy, yet, I was disappointed. I had in my mind that things would go a certain way. It was a difficult adjustment to accept that expectations are rarely met.

Although R & P never mentioned it, based on the pictures I received in the beginning, they separated within a couple of years and later divorced. What? How could this happen? At this point my life was everything I thought I was giving my son with R & P. I felt overwhelmed with questions, with grief.

Although, I still did not regret my choice, I would be lying if I said this wasn't a difficult time to remember that. I had to remind myself over and over that I needed to remember the circumstance of then. Not now. I had to believe in myself. I had to trust that I made the best decision for that time. I had to believe that although things may not have been playing out the same way I planned, that I did OK.

When you make an adoption plan you find yourself in a fantasy world. The one where everything works out like you hope. The one where all your expectations are met. As you travel the road you realize you can't see what is around that corner up ahead. You don't know what fork in the road you will take or the adoptive family will take.